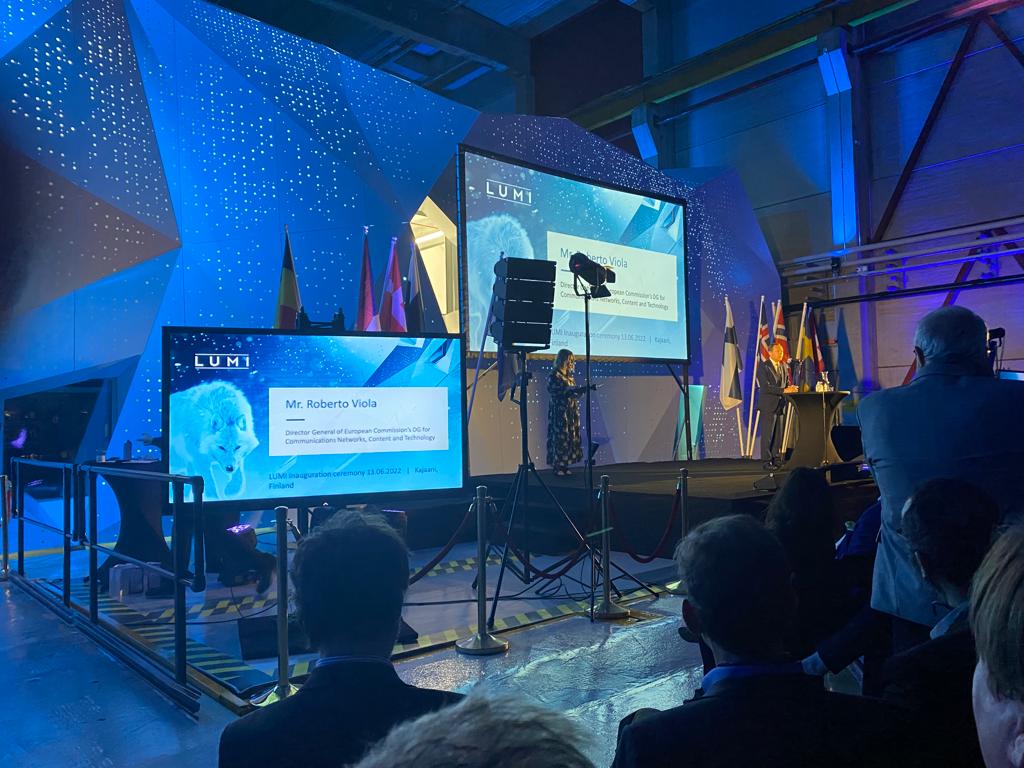 LUMI, the first pre-exascale supercomputer of the EuroHPC Joint Undertaking, has been inaugurated on Monday 13 June 2022 in Kajaani Finland. LUMI, that offers European researchers a world-class tool for understanding complicated phenomena, serves as a platform for international research cooperation and for the development of artificial intelligence and quantum technology. Part of the resources of the computer will focus on industrial research and development activities.

LUMI is owned by the EuroHPC Joint Undertaking, and it is run by a consortium of 10 countries with long traditions and knowledge of scientific computing. Researchers all over Europe can apply for access to LUMI’s resources, which means that all of Europe can benefit from this new research instrument.

With LUMI in Finland, soon two other pre-exascale supercomputers will be installed, in order to equip Europe with a world-leading supercomputing infrastructure: Cineca's Leonardo in Italy, and BSC's Mare Nostrum in Spain. Moreover, the EuroHPC JU has already procured also five petascale supercomputers: Vega in Slovenia, MeluXina in Luxembourg, Discoverer in Bulgaria, Karolina in the Czech Republic, Deucalion  in Portugal.

The recordings from the inauguration are available