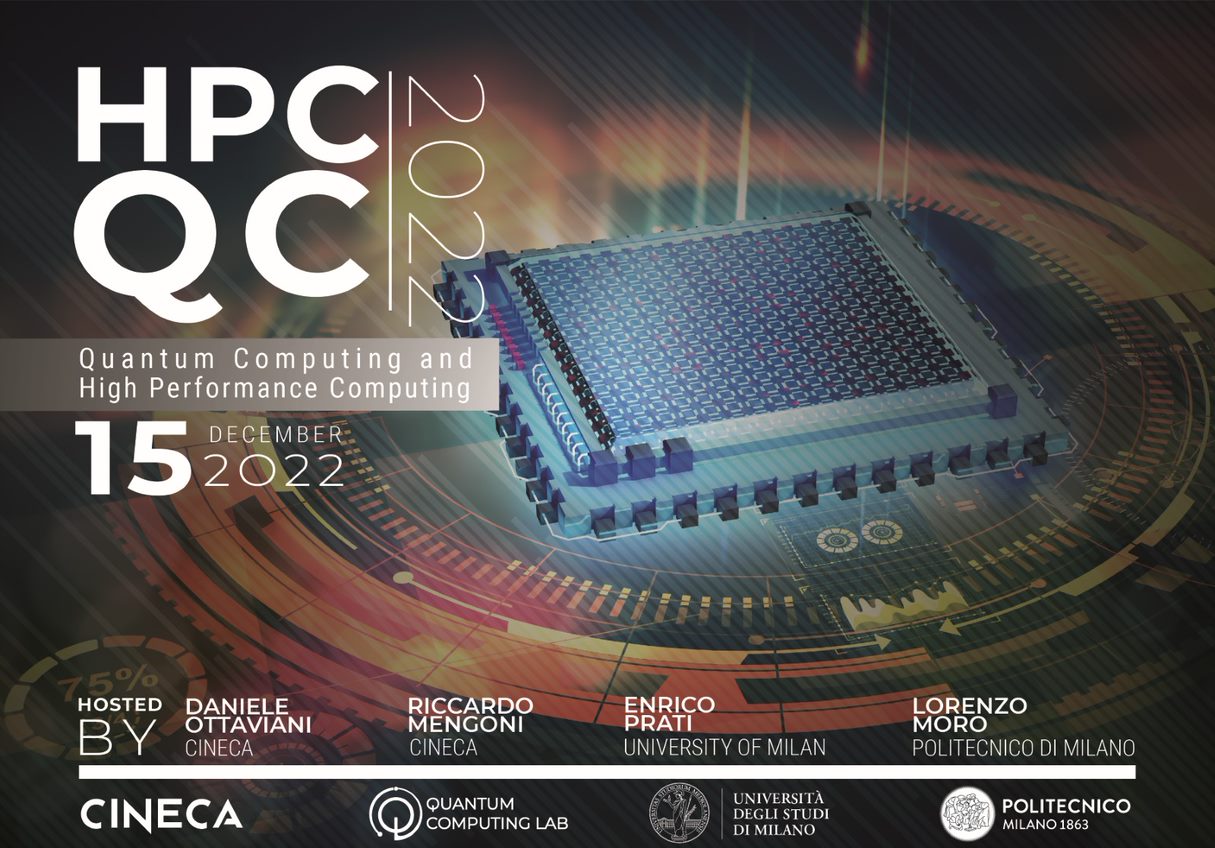 On Thursday 15 December, took place, finally back in presence, the fifth edition of the conference organised and hosted by Cineca, dedicated to the relationship between Quantum Computing and HPC.

This year, the link between the two sectors has been strengthened thanks to EuroHPC JU's decision to select six host institutions to install state-of-the-art quantum computers to go alongside as many advanced supercomputers. These include Leonardo, the world's fourth most powerful supercomputer according to the TOP500 list.