CEA, CINECA and GENCI establishing converging views on Exascale and beyond 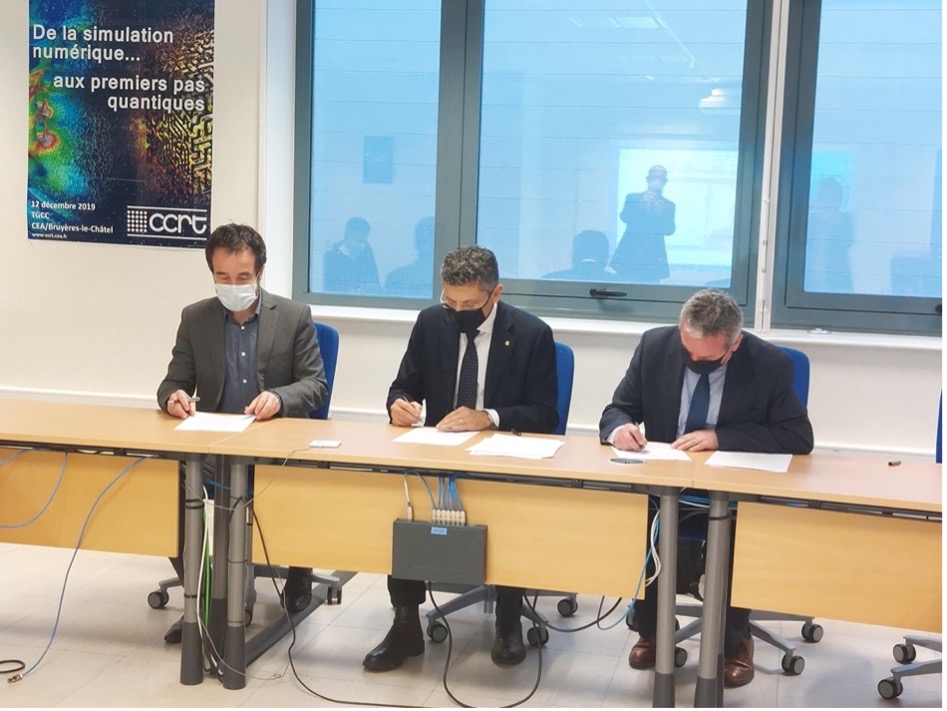 While France is preparing to take over the Presidency of the European Union, and in a context of strengthening bilateral cooperation between France and Italy - highlighted by the signature of the Quirinal Treaty by President Emmanuel Macron and Italian Prime Minister Mario Draghi on 26 November - CEA, CINECA and GENCI have engaged a joint initiative aimed at strengthening European digital capacity.

On Friday 10 December, Francesco Ubertini, President of CINECA, Jean-Philippe Verger, Director of CEA-DAM Ile de France and representing CEA Director General François Jacq, and Stéphane Requena - CTO of GENCI representing Philippe Lavocat, Chairman and CEO of GENCI, - signed a joint commitment. This memorandum of understanding aims to mobilize these three major players in high performance computing in a collaboration on the road to Exascale and post-Exascale. It provides a framework for "acknowledging the common interests of the parties to join forces in the context of the actions/initiatives launched by the EuroHPC Joint Undertaking and to define the way to prepare a long-term collaboration agreement". First and foremost, this MoU aims the involvement of the parties in the response to the call for applications to host a European Exascale computer and upcoming calls for applications in the field of development of new European microprocessors or European software stack.

The signing of this protocol between CEA, CINECA and GENCI is part of a common long-standing history of joint projects and initiatives aimed at strengthening European research and innovation in the technological and scientific areas: Centres of Excellence (CoE), Mont Blanc projects, the new European Processor Initiative (EPI), high-performance computing projects within the framework of the Future and Emerging Technologies program (FET), EUPEX; or in the field of quantum computing with HPCQS.