The ceremony saw its highest institutional moment with the ribbon-cutting ceremony by Cineca President Francesco Ubertini, Minister Anna Maria Bernini and European Commissioner Roberto Viola, in the presence of President Sergio Mattarella. The ceremony opened with a presentation of the Leonardo project by Cineca staff, and continued with greetings from the authorities, panels and conclusions by Cineca Director General David Vannozzi.

President of the Republic Sergio Mattarella attended the Ceremony for the inauguration of the Leonardo supercomputer, held on 24 November at the Tecnopolo di Bologna. The supercomputer, ranked fourth in the Top500 list of the world's fastest computers, represents a resource for Italy and Europe. The presence of the President of the Republic at the ceremony highlights the institutional importance of the infrastructure managed by Cineca for our country.

The President of the Republic was welcomed by Stefano Bonaccini, President of the Emilia-Romagna Region; Matteo Lepore, Mayor of Bologna; Anna Maria Bernini, Minister of University and Research; Francesco Ubertini, President of CINECA; and Roberto Viola, Director General for Communication Networks, Content and Technologies, European Commission.

Immediately afterwards, the Head of State went to the site of the Leonardo Supercomputer, where he was greeted by Cardinal Matteo Maria Zuppi, President of the Italian Bishops' Conference; Giovanni Molari, Rector of the University of Bologna; David Vannozzi, Director General of CINECA; and Sanzio Bassini, Director of CINECA's HPC Department.

Ribbon-cutting ceremony by the Minister for Universities and Research, the President of CINECA and the Director General for Communication Networks, Content and Technologies of the European Commission.

Followed by the illustration by the Director General of CINECA, for the historical and technical part of the machine, and the Director of CINECA's HPC Department, for the scientific part.

PRESENTATION OF THE PROJECT

In the hall, the audience followed the presentation of the main phases of the project (video), from the construction of the data centre to the installation of the supercomputer, its features and its operation by the Cineca staff: Mirko Cestari, Daniela Galetti, Massimo Mauri, Gabriella Scipione.

The event continued with the inauguration ceremony

Videos are in Italian, soon they will be available in English

This was followed by panels, moderated by journalist Barbara Carfagna, during which the many possible applications of supercomputing for research and society were also presented.

At the end of the press conference (video), an agreement was signed with Dompé Farmaceutici to use computing power to accelerate the development of new drugs and provide early responses to pandemics.  This agreement also paves the way for CINECA to build a new Tier 1 Data Centre in Naples in the context of the national strategies for developing supercomputing as part of the National Centre for High Performance Computing, Big Data and Quantum Computing project.

The conclusion was entrusted to Cineca Director General David Vannozzi (video) who, after thanking the authorities and the Cineca people who collaborated on the project and on the organisation of the event, recalled the stages that led to the installation of Leonardo in the data centre at the Tecnopolo: from the first proposals to the realisation of the project.

Ribbon cutting in the presence of President Sergio Mattarella

Images from the inauguration event of the Leonardo supercomputer 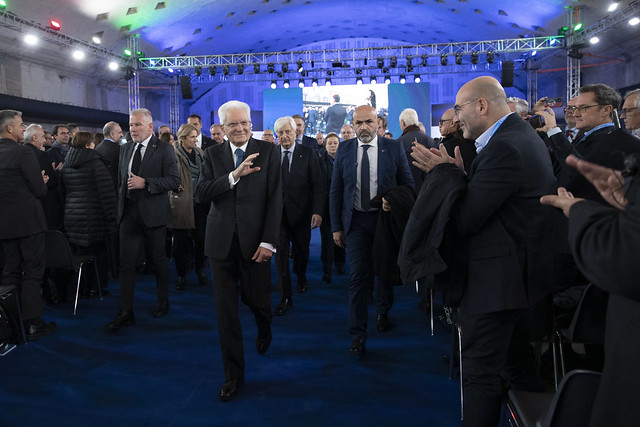 Photos of the event 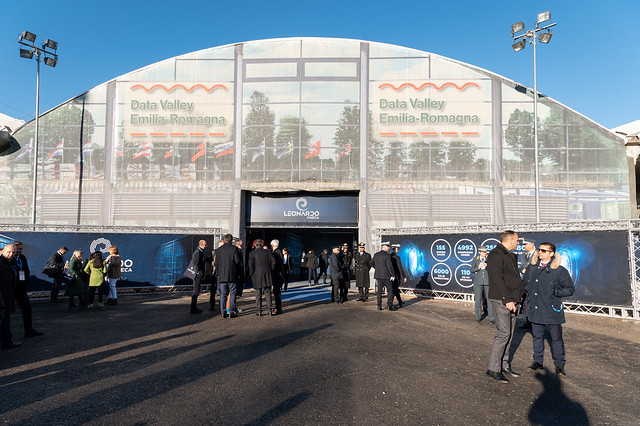